A look at how traditional wood engraving techniques are performed 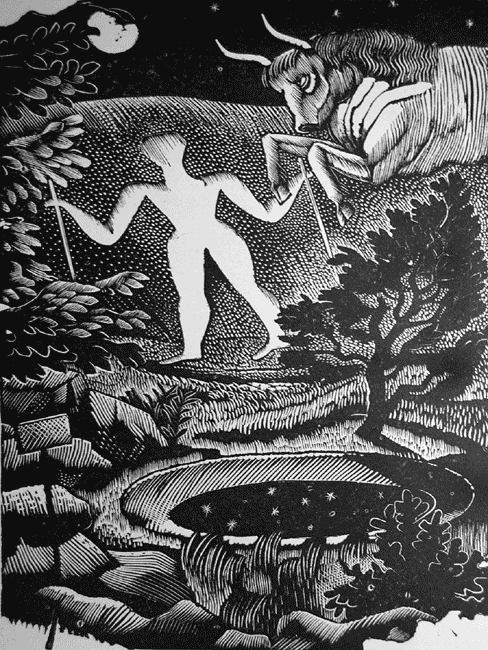 The Long Man of Wilmingham: a fine example of wood engraving by Eric Ravilious (1925).

For wood engraving, Able Engraving and Design are more likely to use laser beams instead of manual engraving tools. Though too slow to meet the turnaround times by today’s clientele, the old fashioned way has an irresistible charm. A charm which gives us a finished product that is timeless.

In this video clip seen below, we see how Anne Desmet RA transfers a paper sketch into a wood engraving block. This forms part of a printhead with the resultant image transferred onto a sheet of paper. Anne Desmet is only one of three wood engravers to be elected as Royal Academicians in the Royal Academy’s 250-year history.

The effects, as you can at the end of this video are stunning. Whether in state-of-the-art laser form or with engraving tools, it works well on detailed etchings.

Among the most highly regarded wood engravers is Eric Ravilious. Born in Acton, London in 1903, he grew up in East Sussex and was noted for his watercolour work, as well as his engravings. He was also a fine art teacher at Eastbourne School of Art, and at the Royal College of Art in London. As a full time salaried artist for the War Artists’ Advisory Committee, he died in 1942 in Iceland, on a missing plane from RAF Kaldadarnes.

The largest collection of Eric Ravilious’ wood engraving and watercolour works are situated in the Towner Art Gallery in Eastbourne. If you’re in the East Sussex seaside resort at this time of writing, the latest exhibition on his works (Ravilious & Co: The Pattern of Friendship) is well worth a visit.

Ravilious & Co: The Pattern of Friendship is on at the Towner Art Gallery, Eastbourne until the 17 September 2017. Admission is £8.00 or £7.00 for concessions. Free admission is available for Towner Members.