Why 5,000 Huawei smartphones will be available in red, with a laser etched Colonel Sanders on the rear 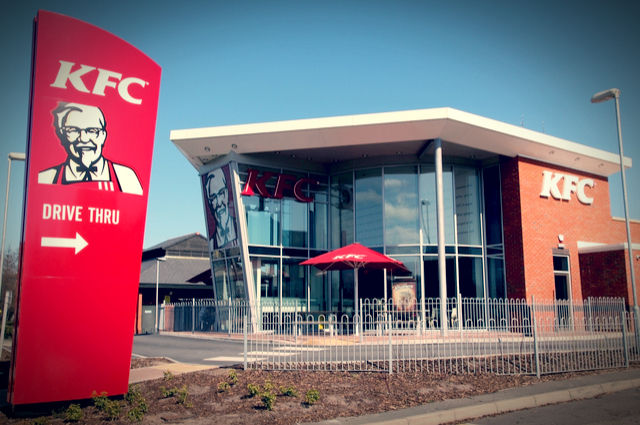 Today’s smartphones use NFC to find your nearest KFC, but Huawei’s limited edition handset will enable you to do just that. In red. With Colonel Sanders on the back. Image by Tupungato (via Shutterstock).

If you like your chicken Kentucky style, there is nothing better than a night in with a Bargain Bucket or a Family Feast. With your favourite television programme or film. Today, we have learned about the latest must-have item for fans of KFC. You can now get a smartphone with a laser etched Colonel Sanders on the rear.

In the last two years of this blog’s life in cyberspace, we have learned about Traffolyte and laser etching. We thought the engraving of President Trump on a person’s tooth was unusual. A KFC branded smartphone with the founder on its back, laser etched, almost takes the Bargain Bucket. The Huawei Enjoy 7 Plus smartphone has Android 7.0, a 5.5 inch 720p display, 3GB of RAM and 32GB of storage space.

Sounds good? There are two problems. Firstly, only 5,000 of these smartphones with Colonel Sanders in laser etched form will be made. Secondly, they are only available in China for the Chinese market.

Below the laser etching of Colonel Sanders, there is also a laser etched 1987. This refers to the year when KFC made its Chinese debut. The UK’s first KFC (or Kentucky Fried Chicken in its longhand form) opened in 1965 in Preston, Lancashire. There will also be 100,000 K dollars loaded onto each phone, which allow you to use KFC’s micropayment system in their Chinese stores.

Whether showing your appreciation for a Friday Family Feast or your favourite football team, laser etched smartphone designs are here to stay. The thought of these limited edition phones are making us hungry.