Engraving is a technique where prints of desired design are made on metal plates using a cutting tool called a burin. In the modern world, this form of art is mostly done using copper plates. The general term used in this process is known as line engraved art. 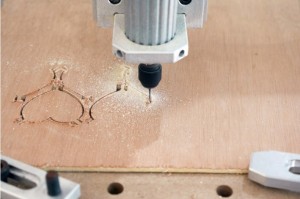 This is due to the fact that this method cuts into the metal by reproducing linear marks. The tone and shading of images are done by parallel lines or crosshatching.

In Europe, the art form was first started in Germany in the Rhine valley and later on in the northern part of Italy in the 15th century. The technique was discovered by a German goldsmith known as Martin Schongauer. He was not only a good goldsmith but also an excellent painter. Back in Italy, it was being done by artists on gold elements and also in decorative metalwork known as niello25. Some of the earliest adopters of the art form were Florentine who was a goldsmith, and Maso Finiguerra who was a niellist between 1426 to 1464. Engraving is said to have been adopted more quickly in Italy, and before the 15th century had passed, famous pieces of art had been made by two Italian painters namely Andrea and Antonio.

The trend continued, and the art form soon became a significant in Italy. Marcantonio Raimondi, an Italian, was the greatest master of this technique in history, and he is known for his paintings of Raphael. In the rest of Europe, however, the technique followed a different path. Their greatest masters namely Albrecht and Lucas produced their supreme works during the 16th century. After this period in the late 16th century, other great engravers like Hendrick Goltzius continued to develop other brilliant techniques, and the method now started being restricted to reproducing paintings.

One of the primary reasons why Able Engraving provides the best services is that you can depend on us to provide the highest quality engraved products. Our prices are also competitive and pocket-friendly, not to mention that our delivery is always on time. The services include brass, traffolyte, stainless steel and more. We have many clients in and around London, Kent and Sussex. At Able Engraving and Design Ltd, we will help you get some top quality memorial plaques, signs, rating plates and pretty much everything else that needs to be crafted. Their high-quality work is brought about by the sacrifices they make to attend their clients’ needs and the use of high-quality equipment and modern technology.