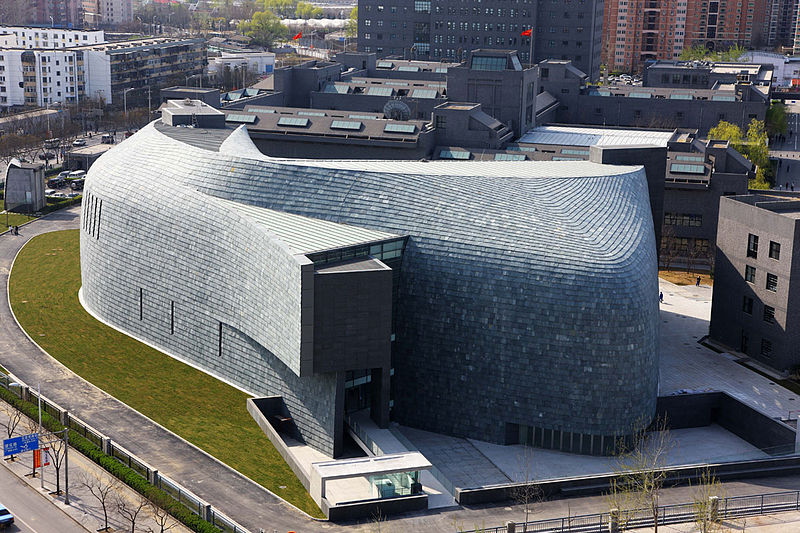 The International Exhibition for Wood Engravings

China has seen the opening of its largest exhibition of contemporary wood engraving prints. The doors opened on the 7th of November at the Central Academy of Fine Arts (CAFA) art museum in Beijing. The “International Grand Exhibition for Wood Engravings and Historical Archive” presents over 200 wood engraving prints, from more than 100 artists hailing from the United Kingdom, the United States, China, France, Russia and more.

The exhibition is divided into three sections — classical, modern, and contemporary — to demonstrate the contrast between traditional and current forms of wood engraving. It aims to form an international community of artists who wish to study how traditional prints were made. CAFA will hold two days of seminars on the 17th and 18th of November, that will focus on the variety of wood engraving techniques from around the world. CAFA has also invited artists from the UK, Belgium, and Italy to participate in a workshop at the exhibition before doors close on the 3rd of December.

Curators of the Exhibition

Last year, CAFA art museum established the International Academic Printmaking Alliance (IAPA) to provide a new platform for research and education on international printmaking techniques. Wang Huaxiang, Chairman of the IAPA, curated this latest exhibit with the assistance of Peter Bosteels, Dean of Printmaking at the Royal Academy of Fine Arts in Belgium, and Geri Waddington, Chairman of the Society of Wood Engravers in the United Kingdom. Together the curators hope to display the current state of wood engraving across the globe in contrast to its traditional roots.

A History of Wood Engraving

The earliest woodblock print in the world dates back to 868AD. It is a Buddhist scroll that was discovered in the Mogao caves of China’s northwest Gansu province. Europe didn’t develop printmaking for a further 500 years. However, the wood engraving printmaking techniques that eventually developed in Europe failed to reach China until as recently as the mid-twentieth century. Huaxiang, the Chief Curator of the exhibition, explains that wood engraving primarily developed as a form of replicating artworks and sketches for duplication purposes. He says that the development of advanced printing techniques alongside photography led to a decline in wood engraving. However, it still survived as a unique and niche art form.

Fan Di’an, the President of CAFA and Executive Curator of the exhibition, described wood engraving as a form of art that people are addicted to. He said that it combines the natural elements of wood with the concentrated emotions of artists. The separation of the Eastern and Western world during the development of wood engraving led to a variety of different styles: notably the use of colour in Eastern prints compared to the black line engravings of the West. At the opening ceremony for the “International Grand Exhibition of Wood Engravings and Historical Archive,” Di’an claimed that: “Linking the tradition with the future is our academic responsibility today.”