Could future laser engravers, like Cubiio, be the size of a cigarette packet or smaller? 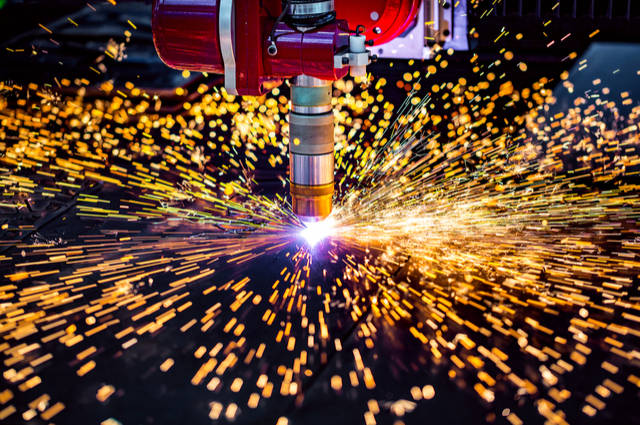 Imagine having this much power with a laser engraver the size of a matchbox or a cigarette packet? Cubiio could be a pocket rocket in years to come. Image by Andrey Armyagov (via Shutterstock).

Picture the scene, five years from now. We at Able Engraving and Design have a stall on the South of England Agricultural Show. We use the stall to show off our engraving talents. At this moment, the carriage of a laser engraving machine is a pretty bulky affair. In 2022, they could be big enough to place in our pockets. Mulherz, a Taiwanese company, is making this possible. Subject to a successful Kickstarter campaign, their Cubiio laser engraver could miniaturise engraving machines.

The Cubiio is big enough to fit inside a carrier bag – or a freezer bag even. You can use a table top tripod to rest your engraver. A smartphone app is used to set the controls and add your laser etching onto any material. The cube is 5cm in length and it can cut through thin pieces of paper, wood, fabric, metal, cardboard, and textile materials. Two current drawn motors power two moving mirrors.

You can create your own designs via Cubiio’s iPhone and Android app in BMP or G-Code format, via your ‘phone’s Bluetooth connection. At present, the only drawback is that it has a small working area of 10 x 10cm.

Its Kickstarter target of $25,000 was smashed within days. At this moment, present figures stand at $1,058,763, with slightly less than a month to go till the deadline. They aim to get the first deliveries out by October with devices sent to their backers by November.

Would we have one in the near future? We think they look cute.