Identification is an invaluable aspect of every business. The digital era has made it even more difficult as hackers and other malicious parties have mastered the art of making counterfeit products. 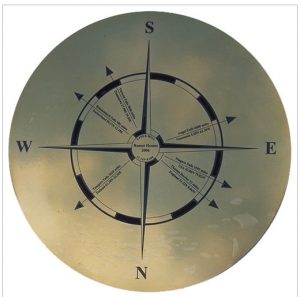 A report published by the International Chamber of Commerce and the International Trademark Association (INTA) revealed that the economic value of counterfeit products could raise to £2.3 trillion by the year 2022. While businesses have adopted more advanced identification procedures, including the use of retina scanners and fingerprint readers, counterfeiting remains an insidious problem. Laser engraving was recently developed to reduce counterfeiting and enhance privacy. The method has become pretty popular with modern businesses looking to personalise merchandise that is sold to the public.

A valuable application of laser engraving is its ability to add a name, company logo, serial number and other identifying marks permanently. Stainless steel engraving tools with a high resolution are used to make high-quality marks on PCB boards, mobile phones, laptops and semiconductor parts, among other devices. Also, stainless steel engraving tools also provide unique identification codes in the form of human-readable texts, data matrix codes and bar codes, which are used for identifying and tracing government property. Additionally, UIDs can be applied directly to non-removable tags and individual parts fitted on items.

Another reason laser engraving has become popular is that it enables business owners to move to other markets. Initially, the technology was applied in the awards industry, but the recent developments (enhance security) have expanded its role into fabrics, woodworking, apparel and architectural model making, among other industries. As such, new users include schools, artists and promotional product vendors, and the list is likely to grow every year.

Laser engraving promises a bright future in the fight against counterfeit goods. New technologies and increasing software enhancements are widening the available laser engraving equipment choices. The advancements have also made lasers fast and easy to use when compared to rotary engravers. Furthermore, the increasing flexibility gives them the ability to create detailed photographs and images. What’s more, some engraving equipment comes with additional accessories like the optical recognition system. It works with a camera to allow users to recognise registration marks.