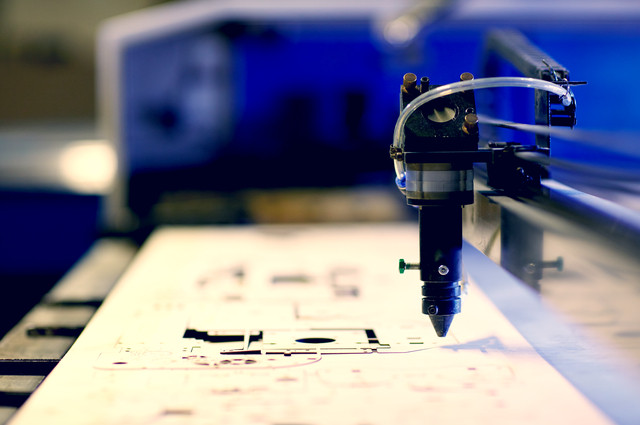 Soon, the laser engraver will also be within reach of many households and small business’ budgets. Image by Pressmaster via Shutterstock.

There is always something psychologically fulfilling about any gadget having a sub-£100 or sub-$100 price point. In 1980, Clive Sinclair’s ZX80 sold for £99.95 in assembled form and became the first sub-£100 home computer. The impact it had on the computer age was immediate, leading to a successful follow-up (the ZX81) and the even more successful Sinclair ZX Spectrum. This year, we could see the first sub-$100 laser engraver and a Kickstarter campaign has begun.

Known as Obsidian, Kodama’s latest addition could have the same effect on 3D printing as much as Sir Clive’s ZX Spectrum had on home about computing. Going below $100 or £100 would make 3D printers more accessible to the masses. With a laser engraver thrown in too, a boon for hobbyists and crafters. On the other hand, Able Engraving and Design could offer 3D printing services too.

It will also come with exciting features like a smartphone app for Android devices. Also a camera and a heated bed. The Kickstarter campaign will start next month. At this moment, early bird bidders can buy their 2-in-1 laser engraver and 3D printer for $49.

If they succeed, Obsidian would be a good device for hobbyists and business startups. For mobile engraving kiosks, they could also be a boon.